skip to main | skip to sidebar

My husband barely knows what Facebook is. Most of my friends think that only the birds tweet. I feel that it is my obligation to educate those people who are ignorant about social media. Yes, social media is what is going to take over what is left of the “old world.” Social media is going to wipe out the few remaining newspapers, the book publishing industry, and thus libraries, bookstores, and probably person to person interaction. Since, according to experts, this is going to happen very soon, it is essential to know what social media is.

Everybody has heard of Facebook. Invented by a Harvard kid to make “hooking up” easier, Facebook quickly outstripped “My Space” and all other interactive sites. I think people even run their businesses on it. It has allowed millions of people worldwide to locate their high school boyfriends/girlfriends only to discover that they are now old and boring. It also allows many of us with eventless lives to post pictures of our children to share with others.

There are many other social media outlets such as “Discus,” “LinkedIn,” “StumbleUpon,” and “Digg,” just to name a few others. They must not be any good, because I am not on any of them. I have found over three thousand soul mates on Twitter, and therefore spend huge amounts of time sharing things with these dear friends, such as what I had for dinner, why I hate white kitchen floors, and how frustrating it is to be married to an accordion player.

I began my stints on Facebook and Twitter as a writer looking for an audience. I remain on both sites as a writer, yes, but also as a person who craves constant input from hundreds of people I will most likely never set eyes upon. I feel that these folks are my real friends. This is a bit absurd, since I know only small bytes of information about any of them. But it is comforting to be able to “shout out” to these hordes of people and get immediate conversation! Apparently, there is a little bit of loneliness in all of us that Facebook and Twitter seem to fill very nicely.

There are dire prognostications and bestselling books being published (probably mostly on Kindles) that we are headed for a time when each of us will remain isolated in our own little cell, interacting with others only on our keyboards. Yes, this sounds a bit dire, I must admit. HOWEVER, there is a sunny side to all of this, in my view. To me, interacting with people in Africa, while I wear pajamas and scratch myself, is perfect! Really, who doesn’t want to pontificate on the state of healthcare, Hurricane Earl, or string theory while belching? It is the best scenario for those of us with unsightly skin conditions, unbearable shyness, or bowed legs. Believe me when I tell you that I have friends out there of all colors, all religions, all ages, and even a few assorted tweeting dogs and cats. The Twitterworld is a wonderful place. Facebook isn’t bad, either. Social Media may replace books, and face to face conversations, but I seriously doubt it.

What Social Media IS doing is letting old ladies like me become popular again. People all over the world care about 140 characters worth of what I am thinking. All of my friends from grade school appreciate my input!
Posted by MOLLYC at 8:26 AM 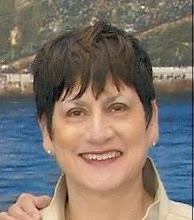 I am the second place winner in the 2010 Erma Bombeck writer's competition. http://www.wclibrary.info/erma/winners_current.asp

MOLLYC
I am old! And my husband is older!